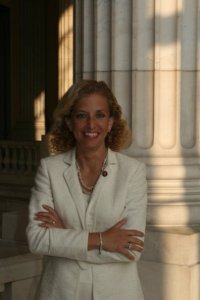 The recent release of an expert panel’s recommendation that mammography screenings be scaled back has drawn fire from women, lawmakers and health care professionals.

But for Debbie Wasserman Schultz, in this case, the personal is political.

Wasserman Schultz was diagnosed with breast cancer at age 41, which she discovered though a self-exam. In March, Schultz introduced a bill to teach women about early detection.

The Democractic senator from Florida has been making the rounds on political talk shows attacking the guidelines. Stopping by MSNBC’s Chris Matthews two nights ago she said:

“It’s a ridiculous set of recommendations. It’s causing mass confusion among women, because we have been trained to know that, when we’re 40 years old, we should get a mammogram routinely.”

“About 75 percent of women who have breast cancer didn’t have any risk, weren’t in a higher-risk category. I was in a higher-risk category, didn’t even know it until I found my lump myself and went to the doctor. So, these recommendations are really patronizing, because they’re presuming that women can’t handle more information and make a rational decision with their health care provider.”

Wasserman Schultz also has harsh words for Republicans who have claimed that the new breast screening guidelines will become government mandate if the health reform bill passes.

“The Republicans, [and Ms. Blackburn,] have for the first time politicized breast cancer,” Wasserman Schultz told ABC’s George Stephanopoulos. Later adding, “The task force language in that bill actually makes sure that prevention services like mammograms and colonoscopies would be free.” 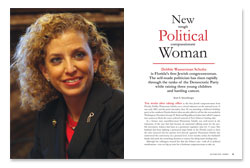 This entry was posted in Politics and tagged Debbis Wasserman Schultz, mammogram. Bookmark the permalink.

One response to “Debbie Wasserman Schultz Speaks Out on Mammogram Controversy”