The JAP is losing its religion

Maybe I am sensitive because I happen to be a Jewish teenager (until the end of October), but has anyone else noticed the focus in the media in recent years on the mystical legend that is the Jewish American Princess, especially from Long Island? I’ll admit; I take it as a compliment when people are surprised that I come from such a place, but come on, are we all really that bad?

What happened to the good old days when the most prevalent stereotype in relation to the American Jew was the crazy yenta that was the Jewish mother? She was overbearing, nervous, hungry, and always ready to dole out her opinion and a sweater, no extra charge beyond a kiss and the reassurance of your whereabouts. These days, it’s the daddy’s credit card wielding, nose-job denying, designer label bearing teens that are the picture of the Jewish-American youth, and it makes me cringe.

Why the rant attempting to defend my cultural background’s honor now? There is E!’s newest special “Long Island Princesses Unleashed,” though not all are Jewish, one even delightfully calls her self a “pizza-bagel” (Half Italian/Half Jewish, naturally). Then there was the release of the online parody video of “Rachel and the Dragon,” Disney’s first ever Jewish American Princess who hails from Dix Hills, back in December.

END_OF_DOCUMENT_TOKEN_TO_BE_REPLACED

Unlike most students who come from abroad to study in Jerusalem, Emily Henochowicz was initially unconcerned with politics and religion.  She arrived this winter at the Bezalel Academy of Art and Design as a student of animation. Her religion and Israeli-born father were peripheral factors in her decision to spend a semester studying in the City of Gold.

Henochowicz’s regional interests expanded during her semester abroad, as she became a passionate activist against Israeli policies in the West Bank.  A little over two weeks ago, she was brutally injured by Israeli policemen while protesting at the Qalandiya checkpoint, just north of Jerusalem.

Recuperating back in the States, I had the opportunity to chat with Henochowicz about her artwork, activism and role as an Internet hero for those opposing Israeli policies toward the Palestinians. END_OF_DOCUMENT_TOKEN_TO_BE_REPLACED

During a mini-vacation to New Orleans this past weekend, I unexpectedly stumbled across a little piece of matzo in my jambalaya.

It’s easy to forget with so many Jews living on both coasts that Jews have strong communities in the South as well dating back to the 1700s.  While the early immigrants to the region were traders and furriers, the majority—who came as part of the last big wave of Jews from Eastern Europe in the late 19th-early 20th century—made their mark in dry goods, opening  so-called “Jew Stores” around the South.  (For an excellent personal account of Jewish life in the South during this period, read Jew Store by Stella Suberman) While their Jewishness set them apart and restricted them from certain aspects of Southern life, it also helped them to successfully maneuver the thin line between the African-Americans and white communities.  According to Susan Levitas, author of an essay about the Jews of Louisiana, there is a popular urban legend that exemplifies a more bizarre by-product of this phenomenon.  In the course of her research for her article, many Jewish families told her “the story of a Jewish merchant [often said to be a distant relative] who was so accepted as part of the larger community, that he was asked to join the notoriously anti-Semitic Ku Klux Klan. The hero would politely decline the invitation, but he knew that he was selling white sheets to these same men who would use them as disguises.” END_OF_DOCUMENT_TOKEN_TO_BE_REPLACED 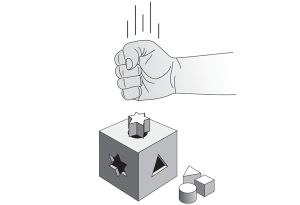 The recent flotilla fiasco has unleashed a torrent of articles about Jews, Israel, Zionism, and any semi-related topic.  Buried beneath the information overload, it has been difficult to pinpoint articles that truly have something new to offer.  But here are some that have stood out for me:

The first is an op-ed that appeared in Le Monde this week.  Written by Gilles Bernheim, France’s Chief Rabbi, he explores what happens when disparate religious and ethnic groups must share the same land and figure out how to live peacefully side-by-side.   While his focus is France, with little effort one can see echoes of advice for those mired in the Middle East conflict. END_OF_DOCUMENT_TOKEN_TO_BE_REPLACED

It’s easier to place blame and side with the appointed victims, easier to live in a black and white world where we stay within the lines.  But what happens if there are no victims, only volunteers? How do you know where to stand when enemies don masks of goodness and terror shows up with a bouquet of roses?

It would be easy to point at Israel and say ‘How could you? What were you thinking? You are no better than the terrorists you’re trying to keep away!’  It would be easy to stick with my black and white set of rules and condemn from afar.  And I would be in good company, backed by much of the world. But I would be wrong. END_OF_DOCUMENT_TOKEN_TO_BE_REPLACED

To me, the flotilla incident was no surprise. Since I’ve left the insular Charles E. Smith Jewish Day School for the similarly insular world of Bard, I’ve seen my fill of flotilla-types getting worked up. They angrily train people to go to Gaza and teach non-violent resistance. They sell inflammatory T-shirts. They raise money. Sometimes this money goes to good causes, like the Bard Palestinian Youth Initiative. Sometimes it doesn’t. They have good intentions to change terrible situations, but they are incredibly self-righteous and upset.

With good reason. I’ve noticed them, I’ve talked to them, I’ve become angry, exacerbated, and tried again. However, the mainstream Jewish community has not shown the same persistence with these not-so-delightful folks, and man, are they agitated. END_OF_DOCUMENT_TOKEN_TO_BE_REPLACED

Last Monday, the Israeli Navy stopped a so-called “Freedom Flotilla” from breaking the Gaza blockade in a deadly encounter.  Four days later, I found myself on a nearly empty flight out of Ben Gurion International Airport headed for Istanbul.  When I booked the flight in January, I had no reason to expect a major change in Israeli-Turkish relations. Five months later, six decades of regional partnership were resting on thin ice.  END_OF_DOCUMENT_TOKEN_TO_BE_REPLACED

InTheMoment
Create a free website or blog at WordPress.com.