Israel Still Has the Power to Change 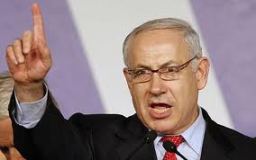 The beginning of 2012 means the nearing of elections in Israel and the United States. In both, incumbents have surprisingly maintained a strong likelihood of being re-elected in spite of failures and widespread criticism. While most polling shows Newt Gingrich and Mitt Romney are trailing President Obama slightly, what is more surprising is that polls show that Benjamin “Bibi” Netanyahu’s Likud party would gain seats if an election were held today.

This affirmation is probably the reason Likud has moved up their primary for the next election to January 31 even though a general election does not need to be held until October 2013. Many suspect that a new election will be called during 2012 while Netanyahu still maintains this high level of support. An outside observer may find it strange that an incumbent prime minister is so popular when 6 percent of the population was in the street protesting just three months ago. Republican strategist Frank Luntz is scared of the influence of the Occupy Wall Street movement when not even one percent of Americans has taken part in the protests.

How is this possible? Haaretz, Israel’s newspaper of record and “dissent,” has been publishing opinion pieces calling the current times the worst of a growing anti-democratic trend of repression of dissent in which Israel is having trouble seeing an alternative to Bibi. Haaretz specifically focuses on two developments that have hurt the continuation of an independent press: the likely forced bankruptcy of Israel’s Channel 10 and Attorney General Yehuda Weinstein’s proposal to not allow any media coverage of criminal investigations in Israel, including those of public officials.

The Knesset is forcing the commercial television station to pay debts that the channel cannot afford or close at the same time that Israel’s state broadcasting network, the Israel Broadcasting Authority (IBA), is allowed to continue operations without paying a debt six times that of Channel 10. Haaretz and the station’s owners are crying foul over the unfair treatment that may be politically motivated. Channel 10 has aired many news reports critical of Netanyahu and the current Knesset. Knesset members apparently cheered when the vote to force the station to pay its debt immediately was successful. Weinstein’s proposed law will also critically reduce the press’s power to report on malfeasance in government and elsewhere.

What does not help is that Kadima supporters have lost faith in Israeli opposition leader Tzipi Livni. Party activists have recently protested in front of her home for a demand to “wake up the party and return to its former self.”

With all of the recent distressing news from Israel including the continuation of gender segregation on buses and the horrific death of Palestinian protester Mustafa Tamimi, it seems that Jews should be thankful that President Obama affirmed his commitment at the General Assembly of the Union for Reform Judaism to a strong relationship with this troubled nation.

Israel is troubled. It is likely too afraid to stray from the hard-liner policies of Netanyahu in spite of his government’s disgraces when fears of unstable Arab neighbors abound. Although last summer’s social justice protests may have appeared to represent a return of the Israeli left, Netanyahu’s government has likely calmed that fire by being at least partially responsive to this summer’s protests, approving measures that will attempt to reduce the cost of living.

Still, the ruach that motivated the summer protests is not lost. Israelis clearly remain upset with the status quo. The voice of non-violent dissent needs to continue to be heard for Israel to demonstrate to the world that there is not a consensus that allows the weakening of its democracy. The next election may be Israel’s last chance to change before Israel’s fast-growing anti-egalitarian, ultra-Orthodox population fully dominates the electorate.

One response to “Israel Still Has the Power to Change”