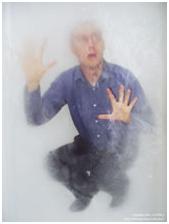 With Israeli Prime Minister Bibi Netanyahu scrambling to gain approval for a three month construction freeze on settlements, Americans, Palestinians and Israelis have formulated an alternative plan. It is now believed that the Knesset is considering freezing settlers in lieu of freezing settlements as a unilateral symbol of good faith. Both the American and Israeli governments have expressed hope that freezing of those dwelling beyond the green line will be a concession far too impressive for the Palestinians to ignore.

Naturally, the controversial proposal has proven to be far more complicated than first thought.  A debate has broken out among the concerned parties over the details of the actual freezing. The Israelis, ahead of the technology curve as always, have suggested cryogenics as the preferred method. The Palestinians have planted their flag in the “hose them down and toss them in a walk-in freezer” camp. A middle ground between these two positions may be difficult to reach.  Knesset members from multiple parties have expressed concerns about garnering public support for cryogenics, let alone the freezer method. MK Areyeh Eldad explained to reporters, “Sure Austin Powers made cryogenics look like fun and games, but there is no forgetting the utter look of anguish embalmed on Han Solo’s face when Darth Vader has him cryogenically frozen in Cloud City.  The Israeli public is far too intelligent to be led to believe their experience will be otherwise.”

The “hose and freezer” method has not only caused strife between Israel and the Palestinians, but between Israel and America. Israel has demanded that America provide the water, a sparse commodity in the region, if this method is ultimately selected. America has agreed but will only commit to providing the Israelis with Poland Springs brand water. Israel is reportedly seeking Evian or Dasani. “It’s not like we’re asking for Fiji Water here!” exclaimed Defense Minister Ehud Barak in frustration.

Shas MK Eli Yishai, notorious for offering his vote to the highest bidder, has offered to vote in favor of freezing only if Bibi will guarantee that once the freezing passes and the settlers have been thawed, the left over ice chips go to the ultra-orthodox community for chilling soda at their traditional Friday night Tish.  Conversely, Yishai has told settlers he will vote against the proposal in exchange for them supplying every ultra-orthodox child with a (non-human) popsicle.  Yishai cautioned the settlers however that, “those weird Israeli popsicles with gummies inside will not suffice.”

Several Left Wing and Arab factions have opposed this new plan because it does not include freezing Jewish residents of East Jerusalem. However, it does not appear that the Knesset will seek to impose the freezing on the Jerusalemites. President Shimon Peres explained, “With all those wind tunnels and cold Jerusalem stone facades the people of Jerusalem are cold enough.”

Peace Now chairman Yariv Oppenheimer has expressed enthusiastic support for the plan. “I hope we can freeze the settlers as soon as possible,” Oppenheimer told reporters.  “They have been stealing warmth from the Arabs for far too long.”  When asked about the potential violation of the Israeli’s rights if they are forced to be frozen against their will, Oppenheimer responded, “What Israeli rights?”

Ehud Olmert, the disgraced former Prime Minister, will once again be brought up on new corruption charges after using inside sources in the Knesset for financial gain. Upon hearing the freezing plans, Olmert allegedly bought up a large number of stocks in both Israeli and American freezer making companies such as SubZero and Bekko.  A petition to freeze both him and his financial accounts has begun making its round in the Knesset.

What Would Abraham Do?

A Christian, a Muslim and a Jew walk into a room.  No, it’s not the beginning of a bad joke. But its meaning depends on what city you’re in.

If you are in New York, it could be a visit to the New York Public Library’s new “Three Faiths” exhibition. The exhibition contains a treasure trove of books, paintings, and other documents from across the world and more than a thousand years of history. It is a wondrous display of what the library calls “the three Abrahamic religions.” These are legacies of Abraham, the first monotheist and one dubbed by God “a father of many nations.”

If, on the other hand, you are in Washington, it’s the latest round of Middle East peace negotiations. This week, Israeli Prime Minister Benjamin Netanyahu is in the United States to meet with American and Palestinian negotiators as officials from all three sides attempt to restart peace talks. The nascent talks stalled in late September when Netanyahu refused to extend a freeze on settlement construction in the West Bank and Palestinian leaders refused to continue negotiations without such a freeze.

A Christian, a Muslim and a Jew walk into a room.  In New York they are discovering an intertwined past, united by a single ancestor and his revolutionary commitment to a unified God. In Washington they are trying to alter the course of a shared future; why not invoke Abraham’s presence here as well?

The patriarch, in fact, has some relevant experience on his résumé. Traveling through the Negev with his nephew Lot, Abraham (still carrying his original name, Abram) discovers that his growing household has already exceeded the land’s capacity. “Lot, who went with Abram, also had flocks and herds and tents, so that the land could not support them staying together…And there was quarreling between the herdsmen of Abram’s cattle and those of Lot’s cattle.” (Genesis 13:5-7) Rather than compete over a piece of territory, Abraham proposes an arrangement that will preserve his and Lot’s economic rights and also their relationship: they split up the land. “Abram said to Lot, ‘Let there be no strife between you and me, between my herdsmen and yours, for we are kinsmen. Is not the whole land before you? Let us separate: if you go north, I will go south; and if you go south, I will go north.'” (Genesis 13:8-9) This is not a hostile separation, nor is it motivated by greed; it is motivated, rather, by a desire for peace. The reason given by Abraham is “anashim achim anachnu,” which translates roughly to “we are people who are brothers.”

Compare Abraham’s declaration to the following: “Enough of blood and tears. Enough. We have no desire for revenge. We harbor no hatred toward you. We, like you, are people.” These words, strikingly similar to the patriarch’s, were spoken by Prime Minister Yitzhak Rabin to the Palestinian people as he signed the historic 1993 Oslo Accords. Rabin was infused with Abraham’s vision of cooperation and common humanity in a way that, so far, has seemed absent from current negotiations.

Like Abraham and Lot, Israelis and Palestinians face a choice between quarreling over resources or dividing them. Even as he emphasized peace and brotherhood with Lot, Abraham realized that this unity could only be achieved through separation. It may be that sometimes coexistence is best achieved not by sharing a single space but by forming separate communities.

This is not a lesser ideal. A true celebration of tolerance and diversity is not one that nullifies our areas of divergence. It is one that uses our commonalities as a foundation from which to explore our fascinating differences and even our disagreements.

A Christian, a Muslim, and a Jew walk into a room.  Perhaps the negotiators in Washington should take a field trip to the Three Faiths exhibition for some ancestral inspiration. Let us hope that they recall the lessons of their shared tradition: that even Abraham shared his promised land; that separation can be a foundation for friendship and peace; and that strife and competition should not make us forget that “we are people who are brothers.”