Getting Serious about Israeli Settlements

In recent days, 60 Minutes has come under attack from pro-Israel groups for its expose on Israel’s West Bank settlements (Clip 1, Clip 2). Today, Ha’aretz reported that the Israeli government has released a new, comprehensive database about its settlements in the West Bank.

“Here, for the first time, information the state has been hiding for years is revealed. An analysis of the data reveals that, in the vast majority of the settlements – about 75 percent – construction, sometimes on a large scale, has been carried out without the appropriate permits or contrary to the permits that were issued. The database also shows that, in more than 30 settlements, extensive construction of buildings and infrastructure (roads, schools, synagogues, yeshivas and even police
stations) has been carried out on private lands belonging to Palestinian West Bank residents.”

The database, which can be accessed online in Hebrew, is the product of two years of work led by Baruch Spiegel. While the initial purpose of the mission was to compile accurate information about the settlements–information which the Israeli government did not have, in part because, presumably for legal reasons, it did not want to know about land appropriation, but some of which the United States and the nonprofit organization Peace Now did. END_OF_DOCUMENT_TOKEN_TO_BE_REPLACED

As you can see in the video above, President Barack Obama gave his first television interview yesterday, to Dubai station Al-Arabiya. The full transcript can be found here.

George Mitchell: Good for the Jews?

Yes, it’s true. Barack Obama has ordered Guantanamo closed. That’s big news, at least symbolically. But the bigger news, the decision that could really change things in the Middle East, is his selection of George Mitchell as special envoy for the Middle East.

Unlike the other candidates for the position-Dennis Ross and fellow Clintonites like Martin Indyk, Aaron David Miller, and Dan Kurtzer-Mitchell’s resume includes making peace in addition to policy.

And critics of the Mitchell appointment (lefties: the special envoy doesn’t matter anyway, righties: Mitchell is too “fair”) are not very convincing.

Perhaps the most fascinating tidbit I stumbled on while parsing through old magazine articles about Mitchell was a piece by Atlantic Editor Andrew Sullivan titled “Fighting Irish” from the New Republic’s August, 2001 issue. Sullivan argues that Mitchell, among others, was naive to think that militant groups–the IRA, in this case–would put down their arms and enter the political mainstream. END_OF_DOCUMENT_TOKEN_TO_BE_REPLACED

President Barack Obama (still sounds so new, doesn’t it?) announced that he has chosen former Senator George Mitchell to be his special emissary to the Middle East. Mitchell is a veteran negotiator, most known for an agreement he brokered in Northern Ireland, and the appointment of such a high ranking diplomat points to the Obama administration’s desire to make real progress in the region.

Although Mitchell was born to a Lebanese mother, experts agree that he will bring a neutral perspective to the region. From the New York Times:

“He’s neither pro-Israeli nor pro-Palestinian,” said Martin S. Indyk, a former American ambassador to Israel and an adviser to the Clinton administration. “He’s, in a sense, neutral.”

To read more about the alliance between Jews and Blacks, check out our January/February cover story.

Photo courtesy of the Religious Action Center for Reform Judaism.

Here’s a couple articles to check out if you have some down time this weekend:

Bombing Gaza might not force Hamas–the Palestinian version of the Muslim Brotherhood that rules it–to moderate its hatred of Israel or its hostility towards Jews, but talking to it won’t either. At least, that’s the dismal picture painted by Jeffrey Goldberg–based on discussions he had with several former Hamas leaders–in his fascinating op-ed in yesterday’s New York Times.

“Hamas is not a monolith,” he explains, “and opinions inside the group differ about many things, including engagement with the Shiites of Hezbollah and Iran.” That said, Goldberg argues, there is a consensus within the group that it should aspire to the ideals and successes of its northern counterpart, Hezbollah. “For Hamas,” Goldberg writes, “Hezbollah is not only a source of weapons and instruction, it is a mentor and role model.”

If Hamas is not as malleable as some on the dovish left like to believe (In his new book, We Can Have Peace in the Holy Land, Jimmy Carter writes that “there is a real prospect of Hamas participating constructively in future peace talks.”) then is it worth talking to at all? Or was Hillary Clinton right? END_OF_DOCUMENT_TOKEN_TO_BE_REPLACED

Our new issue is out! Our cover story celebrates the inauguration of Barack Obama with an exclusive photo essay spotlighting the political alliance of Jews and African-Americans from 1909 to 2009. From the co-founders of the NAACP to members of the new administration, Jews have long been on the frontlines of the struggle for racial equality. Has Obama’s campaign and election helped heal the rift between Blacks and Jews that began in the late 1960s?

Other highlights of the issue include:

First of all, hello! We at Moment and ITM hope you had a lovely holiday season. Here’s to a beautiful 2009! (Or at least one without World War 3 and total economic meltdown.)

In case you haven’t seen it, our January/February issue is out, with a pretty set of photographs chronicling Jewish/black relations in this country to celebrate the inauguration of our 44th president. Darn, what’s his name again? 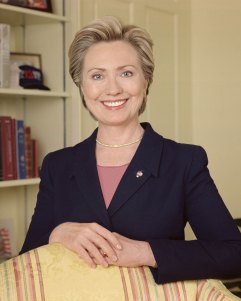 The important news of the day involves yesterday’s confirmation hearings of Hillary Clinton for Secratary of State.  Clinton took the opportunity to prepare the country for a new kind of State Department that would have a renewed focus on diplomacy and direct negotiation with Iran and other previously untouchable rogue states; thereby signaling a break from the kind of shunning politics the Condoleeza Rice State Department often utilized.

We are all hanging on every thread of information that could clue us in to how the Obama administration will deal with Israel, especially with the Gaza crisis upon us. Clinton did not get into specifics, but she drew the line on inclusive diplomacy at Hamas. Here’s what she said, from the LA Times:

“The president-elect and I understand — and are deeply sympathetic to — Israel’s desire to defend itself under current conditions and to be free of shelling by Hamas rockets,” she said. “However, we have also been reminded of the tragic humanitarian costs of conflict in the Middle East, and pained by the suffering of Palestinian and Israeli civilians.”

Clinton echoed the Bush administration stand in part by declaring: “You cannot negotiate with Hamas until it renounces violence, recognizes Israel and agrees to abide by past agreements. That is just for me an absolute. That is the United States government’s position; that is the president-elect’s position.” END_OF_DOCUMENT_TOKEN_TO_BE_REPLACED